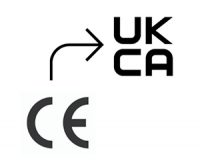 Despite the trade deal between the UK and the EU being hailed as a major success for both sides, the main benefits of the agreement focus on the elimination of trading tariffs and the equalisation of customs rules. So far as the single market (and hence the rules for CE marking) are concerned, the UK is now split up into two parts: Northern Ireland remains within the single market while Great Britain (i.e. Scotland, Wales and England) leaves the single market and is free to set its own rules.

This is what we know so far: